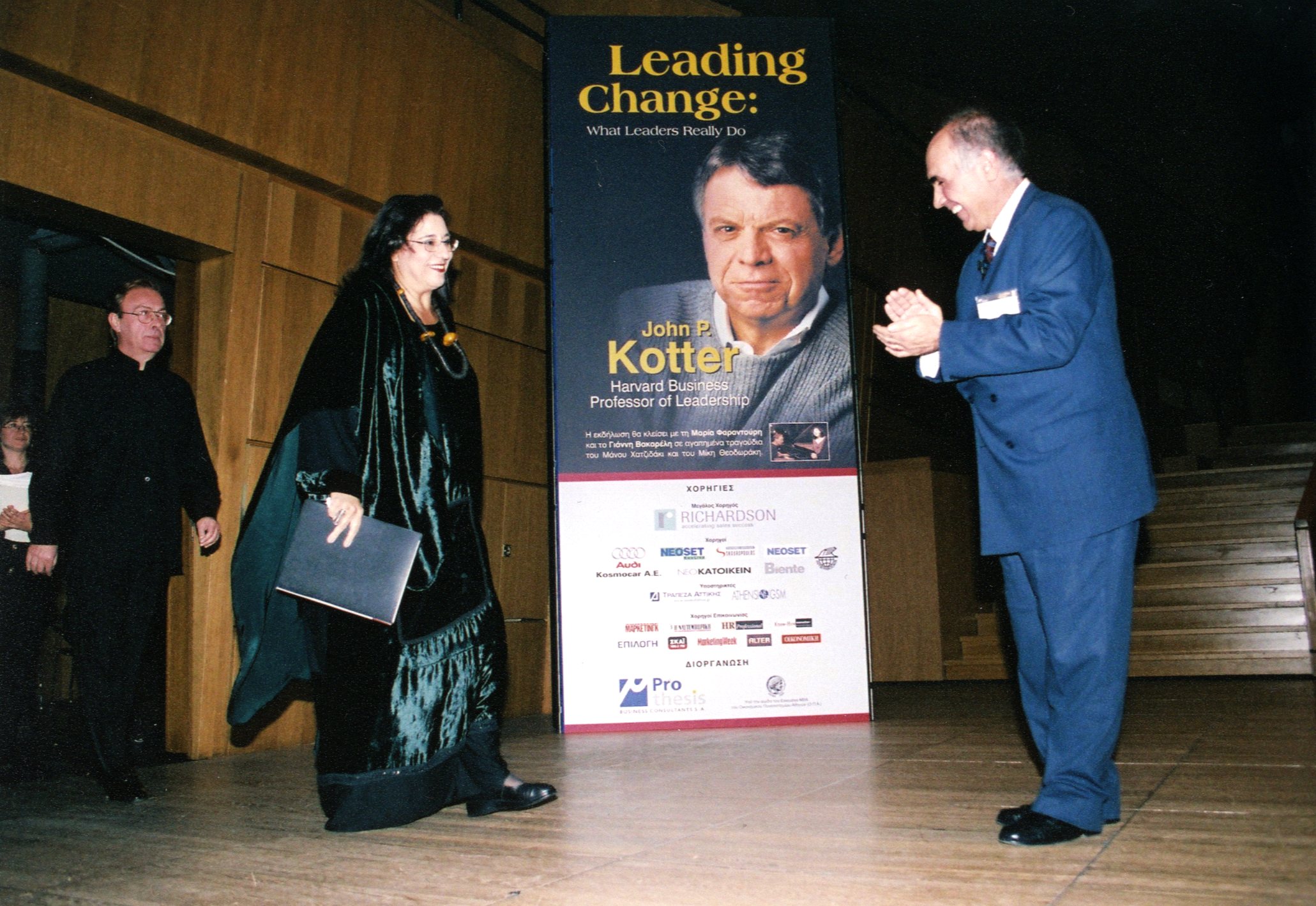 During this program, the leading authority of Leadership and Change, Professor John Kotter, analyzed step by step and in depth, the strategy and the methodology, which chief executive officers should follow, providing they want to successfully lead their corporations into the new millennium by creating sustainable and lasting change converting them to high value business units.

The main event was followed by a musical concert entitled “Remember and Sing With Us”, where the internationally known pianist Yannis Vakarelis following Basil Tsaras’ invitation, flew from Paris to participate at the concert and accompany in piano the famous performer Maria Farantouris who sang as a solist selected works of Manos Hatzidakis and Mikis Theodorakis.

During the program, Professor John Kotter at the Harvard Business School and leading authority on leadership and change (Voted Number 1 Leadership and Change Expert by Business Week, Oct. 2001), focused on the differences which exist between Leadership and Management in facilitating change.

The following subjects were analyzed:

“The new approaches of the Art of Leadership”, “Leadership on Difficult Times”, “The Need for Change”, “The Ability to Lead Change”, “Why Change Fails”, “Eight Steps of Change: Establish a Sense of Urgency, Create a Guiding Coalition, Develop a Vision and Strategy, Communicate the Vision of Change, Empower Broad Based- Action, Create Short-Term Wins, Consolidate Gains and Produce More Change, Anchor New Approaches in Culture”, “The Power to Astound”, “The Leader of the 21st Century.”

This workshop, presented, by the world’s number one Leadership and Change Expert had been designed in way as to provide guidance to the participants, in a step by step approach, to learn how to create sustainable and lasting change in their organizations by utilizing the unique and innovative methodology of John Kotter’s “eight steps”. Professor Kotter referred to a plethora of practical examples, based on the experience of well-known corporations, in order for the audience to learn from the successes and failures of others who tried for this purpose.

Professor John Kotter helped Greek Managers not only understand, but also learn how to use all the above tools, consequently enabling them to achieve significant and permanent changes.

John P. Kotter is a graduate of MIT and Harvard. In 1980, at the age of 33, he was voted a full professorship with tenure at Harvard Business School. He is the author of 15 books, a collection that has given him more honors and awards than any other writer on the topics of leadership and change. His four most recent books include The Heart of Change, a 2002 best book list winner from both Amazon.com and Executive Book Summaries, John P. Kotter on What Leaders Really Do, 1999’s collection of papers including McKinsey award winning pieces from the Harvard Business Review, Matsushita Leadership, 1998’s first place winner in the Financial Times, Booz-Allen Global Business Book Competition for biography/autobiography, and Leading Change, named the #1 management book of the year in 1996 by Management General. His articles in the Harvard Business Review have sold more than a million and a half reprints. Professor Kotter’s books have been printed in over eighty foreign language editions with total sales approaching two million copies.

Professor Kotter’s other honors include an Exxon Award for Innovation in Graduate Business School Curriculum Design, and a Johnson, Smith & Knisely Award for New Perspectives in Business Leadership. In October 2001, Business Week magazine reported a survey they conducted of 504 enterprises that rated Professor Kotter as #1 “leadership guru” in America. 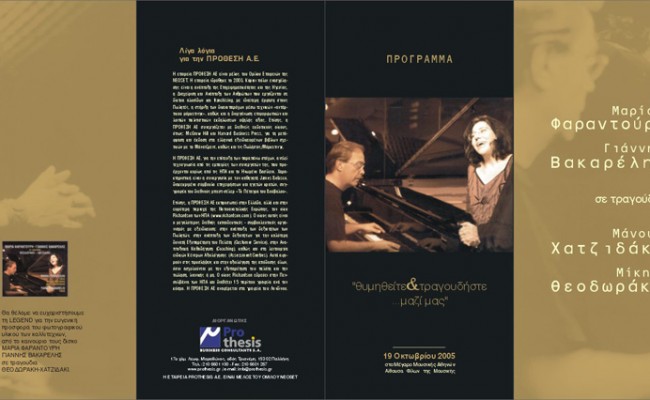 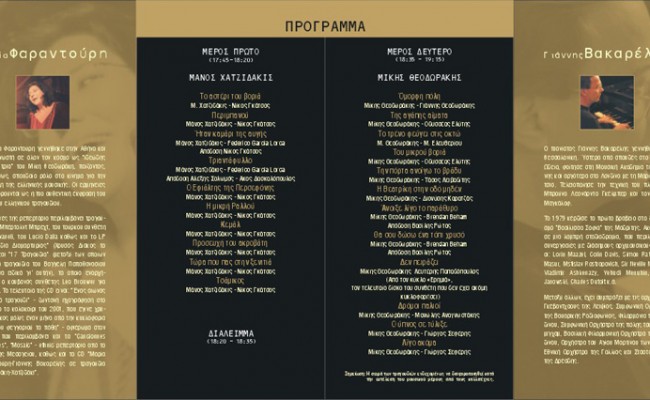 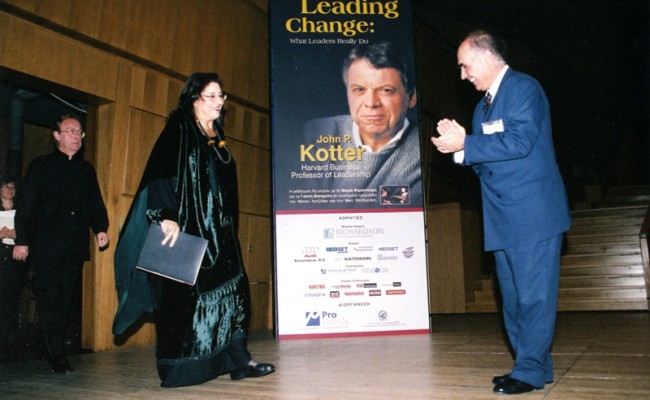 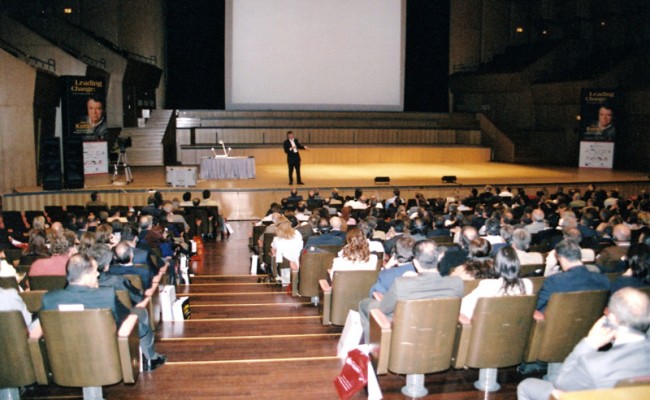 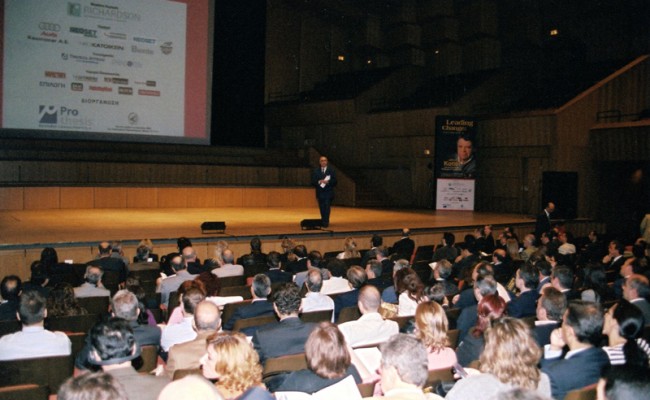 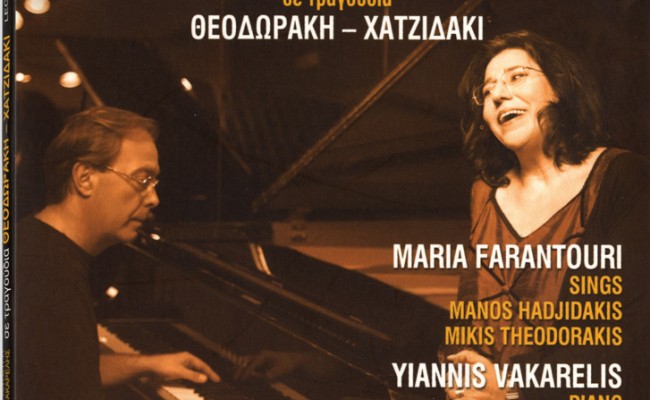 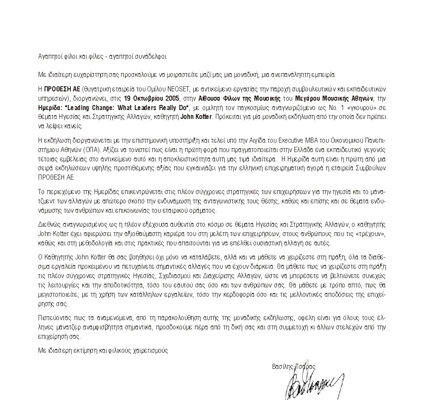 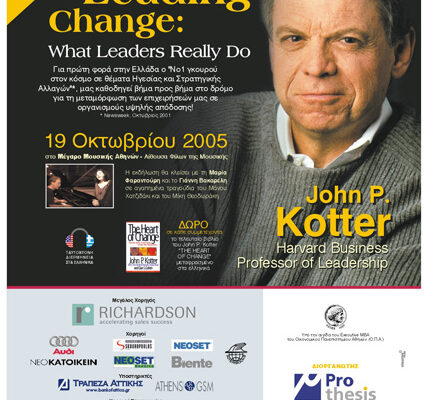 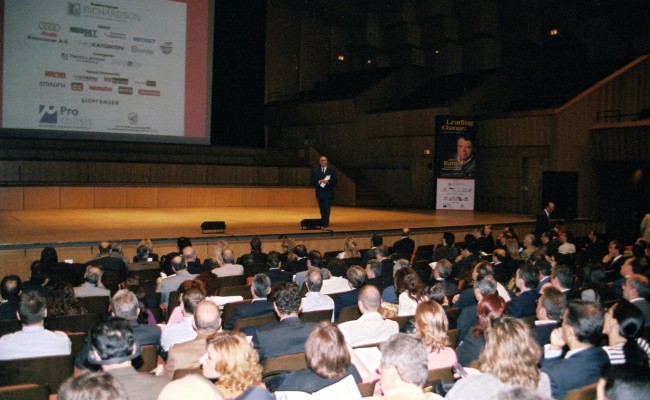 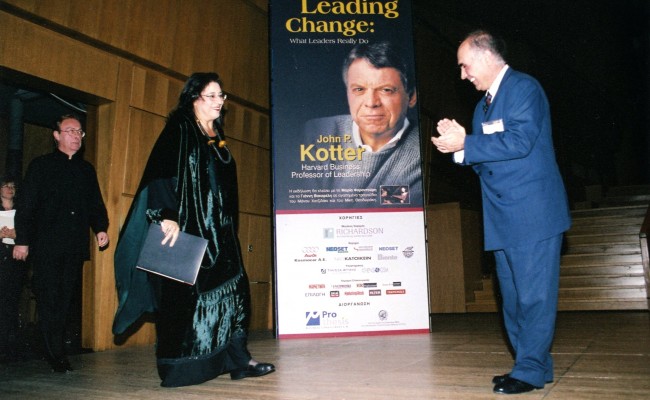