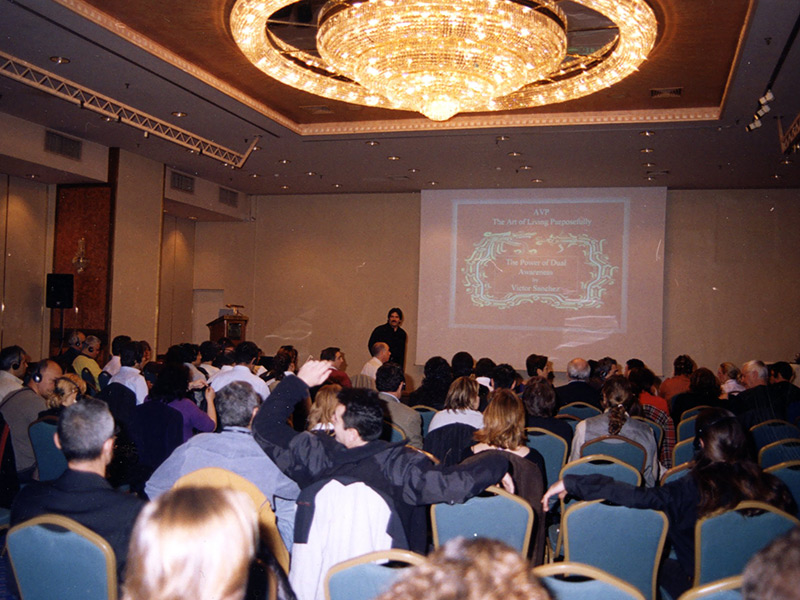 Victor Sanchez came to Athens to present a real extraordinary event; a unique opportunity aimed to all those who were interested for their personal growth and came to the Event to share some of Victor’s experiences and wisdom.

Victor Sanchez is a Mexican researcher, author of many books and teacher who has developed hundreds of workshops for personal and spiritual growth around the globe and who is internationally known as an “anti-anthropologist.”  During his presentation Victor exposed, for the first time in Greece, a world where reality transcends faith.

Through his own research and participation, Sanchez shared with the Greek audience his experiences in a spiritual domain that continues to exist amidst the colonization and materialism now precedent around the world. Not restricted to any boundaries, Sanchez took the participants through first hand understanding of what is possible when you enter into the “separate reality” that is revealed when your awareness goes beyond the mind. In a Carlos Castaneda like approach, Sanchez shared with his audience his 15 years of solid living experience with a group of indigenous people in rural Mexico, who have sustained their ancient spiritual practices and their own way of life before and after Spanish colonization.

Sanchez questioned what people may consider as being a “reality,” since this “reality” may only be a fraction of a much wider scope that what people have been told and trained to see. Sanchez challenged the possibility to perceive something beyond what is generally considered as real, to the extent that “reality” could as well be excused as hallucination or paganism. To the growing number of people not completely happy with formalities, the Greek audience had the chance to have a glimpse of ancient wisdom that offers a possibility of human existence on a separate reality, one that is real.

Victor Sanchez on “The Jump to the Other Self” - Photo Gallery 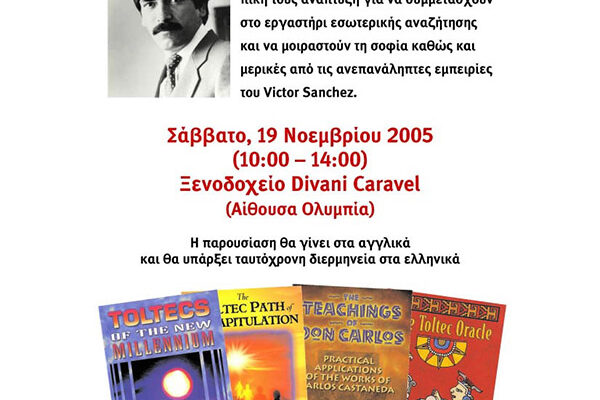 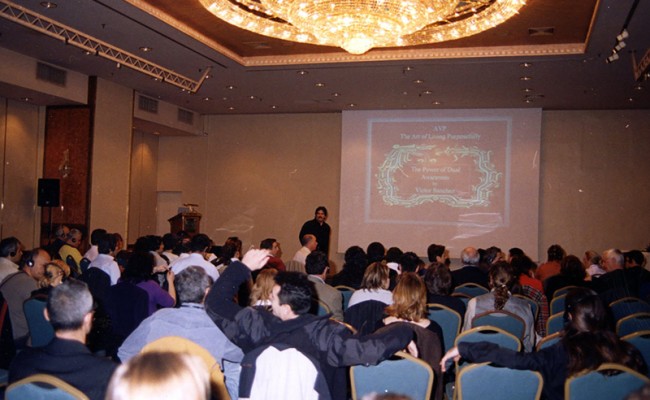 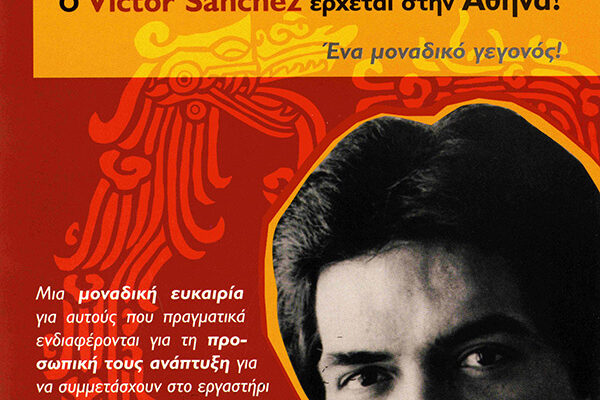