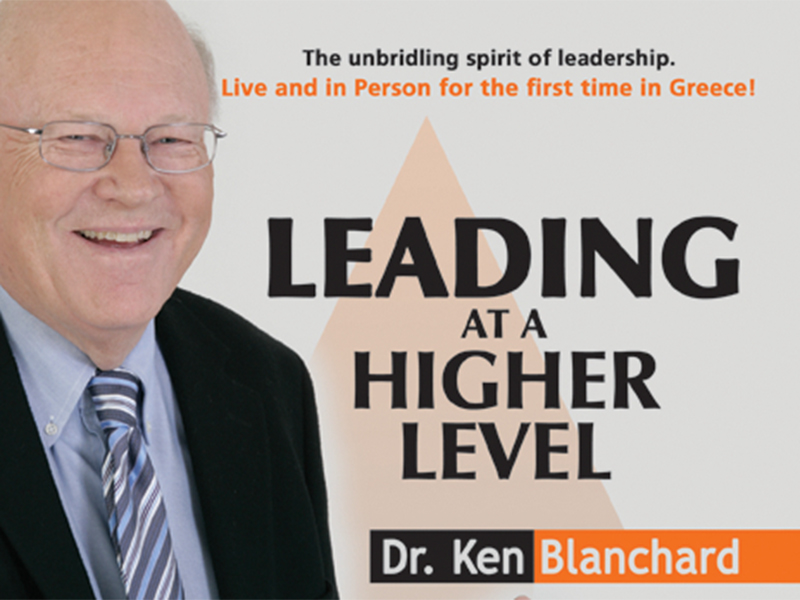 Dr. Ken Blanchard, the famous guru on Management, Leadership and Team Building, accepted Basil Tsaras’ invitation and came to Athens on March 19, 2008 to reveal to the Greek audience the reason why leadership today needs to be about more than just self-interest. Drawing from his new book Leading at a Higher Level, Ken showed how today’s leader has to adopt a philosophy where the development of people is of equal importance to short-term financial performance. The outcome is an organization that produces long-term results with high levels of both customer and employee satisfaction.

During his remarkable one day presentation labeled “Leading at a Higher Level: Blanchard on Leadership and Creating High Performing Organizations”, Dr. Ken Blanchard showed to the Greek Managers his approach of how to lead their organizations to greatness by creating a people-oriented, performance-driven, and customer-focused culture.

Dr. Blanchard provided answers to questions, such as:

Dr. Ken Blanchard shared with the audience a road map for a new model of leadership. In that exciting presentation, Greek Managers found out how they could start leading at a higher level by:

a) Going beyond the short term to zero in on the right target and vision.
b) Delivering legendary customer service that earns raving fans.
c) Truly empowering their people and unleashing their incredible potential.
d) Grounding their leadership in humility and focusing on the greater good.

Ken Blanchard shared his new foundlings as they have derived from dozens of case studies and research namely that in organizations where leading at a higher level is the rule rather than the exception, leaders do four things well.

According to Blanchard, the most effective leaders realize that leadership is not about them and that they are only as good as the people they lead. These leaders seek to be serving leaders instead of self-serving leaders. In this model, once a vision has been set, leaders move themselves to the bottom of the hierarchy, acting as a cheerleader, supporter, and encourager to the people who report to them.

He also answered to several questions raised by the audience. Some of them were the following:

Few people have influenced the day-to-day management of people and companies more than Ken Blanchard has. A prominent, gregarious, sought-after author, speaker, and business consultant, Dr. Blanchard is universally characterized by his friends, colleagues, and clients as one of the most insightful, powerful, and compassionate individuals in business today.

When Ken speaks, he speaks from the heart with warmth and humor. His unique gift is to speak to an audience and communicate with each person as if they were alone and talking one on one. He is a polished storyteller with a knack for making the seemingly complex easy to understand.

From his phenomenal best-selling book, The One Minute Manager®, coauthored with Spencer Johnson, which has sold more than 12 million copies and remains on best-seller lists, to the library of books coauthored with Sheldon Bowles, Raving Fans®, Gung Ho!®, Big Bucks!, and High Five!, Ken’s impact as a writer is far reaching.
He wrote his latest book, Leading at a Higher Level: Blanchard on Leadership and Creating High Performing Organizations, with the founding associates and consulting partners of The Ken Blanchard Companies. This definitive “Blanchard on Leadership” combines more than 25 years of breakthrough leadership insights in one extraordinary book.

Ken is Chief Spiritual Officer of The Ken Blanchard Companies®, an international management training and consulting firm that he and his wife, Dr. Marjorie Blanchard, founded in 1979 in San Diego, California. He is also a visiting lecturer at his alma mater, Cornell University, where he is a trustee emeritus of the Board of Trustees. Ken is cofounder of The Center for FaithWalk Leadership, which is dedicated to helping leaders walk their talk in the marketplace.

Ken has received many awards and honors for his contributions in the fields of management, leadership, and speaking. The National Speakers Association awarded him its highest honor, the “Council of Peers Award of Excellence.” He was inducted into the HRD Hall of Fame by Training magazine and Lakewood Conferences, and he received the Golden Gavel Award from Toastmasters International. Moreover, in 2004 Ken was awarded with The Thought Leadership Award for continued support of work-related learning and performance by ISA—The Association of Learning Providers. 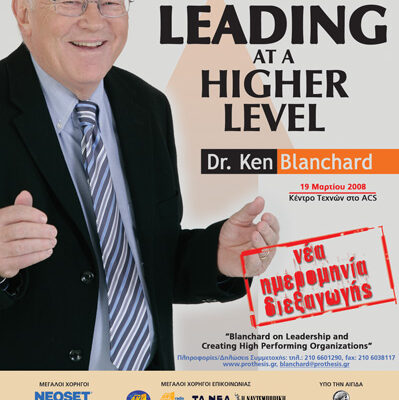 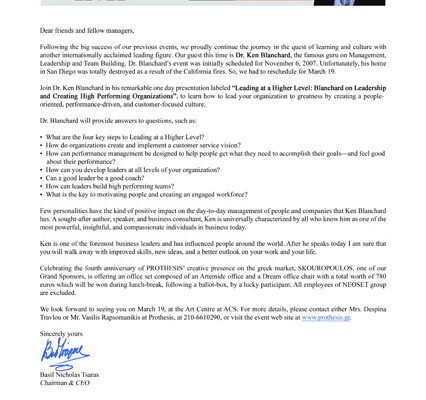 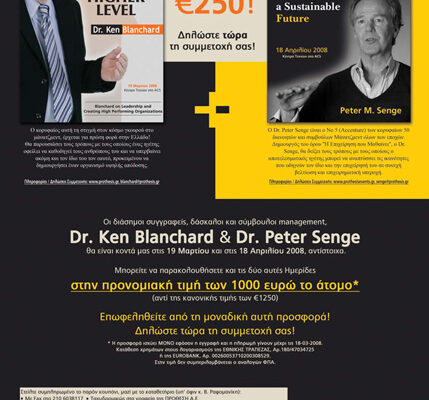